This text is the first part of a weekly series to present the Kampot museum project and to arouse interest and support about the project.

For us, the region of Kampot refers to a natural entity of which the historical and geographical limits go well beyond the present province of Kampot and include the two new provinces of Kep and Kampong Som as well as parts of coastal Vietnam.

More precisely, the boundaries of this region are: the town of Tani in the north, the sea and the islands (including Koh Trâl – Phu Quoc) in the south, Ha Tien (nowadays in Vietnam) in the east, and the foothills of the Cardamom Mountains in the west.

The identity of this region is heavily influenced by the history of its turbulent relationships with the authorities of the kingdoms of Cambodia from the beginning of the Common Era: periods of integration will be followed by periods of isolation.

During the pre-Angkorian period, this region was a part of the kingdom of Funan. This is exemplified by the presence of three main troglodyte temples (Phnom Chhngok, Phnom Toteung and Phnom Khyang) and a significant number of minor shrines.

Different from neighboring Takeo province, where shrines would be built after the 9th century, the history of Kampot “stops” with the 9th century inscription (K 45) of Yaçovarman 1st.

The stele of King Yaçovarman 1 in Pallava script.

There will be no further written documentation surviving prior to the 15thcentury.

The stele of King Yaçovarman 1 in Devanagari script.

The region was the object of considerable rivalries which, from the 18th century would oppose the Cambodian central power to the Vietnamese.

Mass arrival of Chinese would have important political consequences. This population was more prone to obey its own leaders than the authorities of the Kingdom of Cambodia. 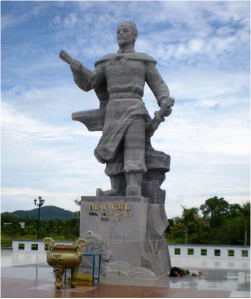 The importance of the region was emphasized during the reign of King Ang Duong (1796 – 1860), who built a harbor in Kampot and a road to link his capital Oudong to Kampot. Kampot then began the main port of entry and exit of Cambodia. 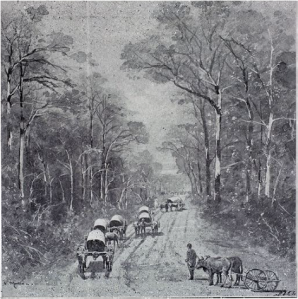 In the beginning of the French protectorate with the construction of a new road from Phnom Penh to Oudong, the economic importance of the region was confirmed for a short period.

However, the protectorate authorities soon preferred Cholon, in what is now Vietnam, to export Cambodian rice. 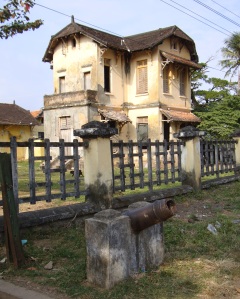 A building of the former militia, today Kampot prison

Economically weakened, the region of Kampot then experienced a wave of pirating. The insecurity peaked in the 1885 – 1886 rebellion, which was more violent than in other provinces.

The résidence at the end of the 19th century

The résidence as it was in the 20s (current state) 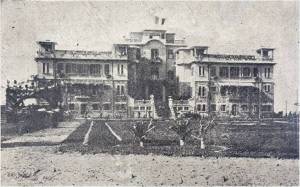 Bokor Mountain hotel and casino in the 30s

A pepper plantation in Kampot region

Tourist and economic development of the 1930s would be followed by a long period of insecurity when France once again attempted to get a foothold in Indochina after World War II. The region was the stronghold of a Khmer Issarak – Viet Minh guerilla movement which would only en after independence in 1953.

French soldiers in southern Cambodia in the late 40s

The Sangkum Reastr Niyum (1955 – 1970) carried on the work of the protectorate in developing and urbanizing the region: 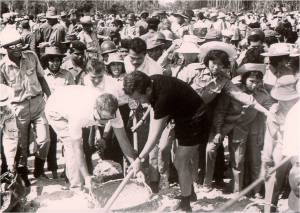 Kampot exhibition hall in the early 60s, a work of Roger Colne

Kampot exhibition hall in the process of being restored

The Rotonde in Kep (early 60s)

The construction of the Phnom Penh – Kampot – Sihanoukville railroad.

The train in Kep station

And the construction of Sihanoukville

Sihanoukville harbor in the early 60s

However, two years after Lon Nol’s coup d’état (March 1970), the region would be isolated.

At the time of Democratic Kampuchea (1975 – 1979), Kampot and the other towns of the province were emptied of their population.

Kampot in 1978, emptied of its inhabitants by the Khmers Rouges

The Khmer Rouge forced the population to work in enormous building sites.

The region would remain isolated till the United Nation Transitional Authority for Cambodia (UNTAC) intervention (1992 – 1993),  due to growing unrest and insecurity.

A view of Kampot

The role played by commercial exchanges together with the various rebellions which isolated the region from the central power, opened up the Kampot region to the outside world. One of the consequences is the remarkable ethnic diversity of the region. There are several ethnic groups in the region:

Long Lê, a S'aoch village in the early 20th century

A S'aoch family in the village of Samrong Leu 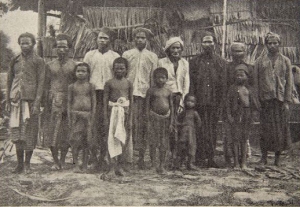 A group of Cham at the turn of the century 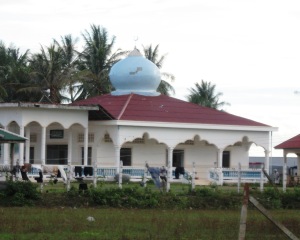 A mosque near Kampot

Chinese house in the center of Kampot 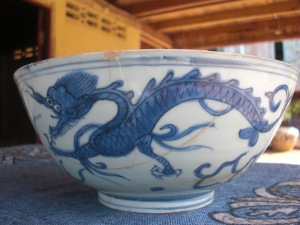 These various ethnic groups specialize in their own particular products  and, by doing so , have shaped the economic scene of the region. The religious diversity is also considerable: Buddhism, Islam and a very special form of Taoism.

Phnom Totoeung Pagoda in the center. On the left, one of the two ritual basins (7th century)

The entrance of the Damnak Chang Aeu Tao temple

To these historical and cultural characteristics, we have to add an exceptional natural environment. The Elephant Mountains, the rain forests around Kep, and the beauty of the Opal Coast will greatly contribute to create tourist destination of a high quality.

Landscape in the north of Kampot

Between Bokor Mountain and the sea

In order to protect and promote this heritage, it is therefore essential to create a museum to account for the characteristics of this region.